Pairing ONgDB and ElasticSearch: The Basics 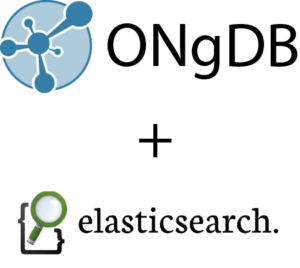 There are a number of ways of integrating ONgDB with ElasticSearch. One common way was through the use of the Rivers plugin, but that was deprecated in ElasticSearch 1.5 and will likely be fully removed shortly after ElasticSearch 2.0. Going forward any integration will require a more sophisticated integration to index the desired nodes and relationships from ONgDB to ElasticSearch.

For those that don’t know, ElasticSearch is an open source search server based on Lucene that provides a distributed full-text search engine that utilizes JSON documents with a RESTful API.

ElasticSearch provides language analyzers, aggregations and other features right out of the box, which are some of the reason it’s an ideal search solution to pair with ONgDB as opposed to trying to recreate all the text search capability within ONgDB. Some of the key advantages in the ONgDB ElasticSearch pairing include:

Integration of ONgDB with ElasticSearch

GraphGrid makes it possible to pair ONgDB and ElasticSearch in way that allows ONgDB to house all nodes and relationships, while allowing ElasticSearch text search through indexing certain nodes, relationships and query results. An example of this type of ONgDB ElasticSearch integration may be seen on find.media: Whenever you type a query within the search field, ElasticSearch will begin to work to surface search options and once the result is selected a request made to ONgDB where it can leverage the benefit of the relationship connectedness, specified in the graph to offer comprehensive results.

Surfacing relevant search results isn’t easy, but when leveraging the connectedness of your data through ONgDB along with the aggregation and language capabilities provided by ElasticSearch a powerful pairing emerges, which many refer to as “graph-aided search”. At GraphGrid, we see it as using each technology for what it’s best and have been enabling businesses to leverage this auto-indexing connection since ElasticSearch 0.90 and very early ONgDB versions. This deep expertise is built as a core integration within the GraphGrid Data Platform for all to use as the ElasticGraph service.