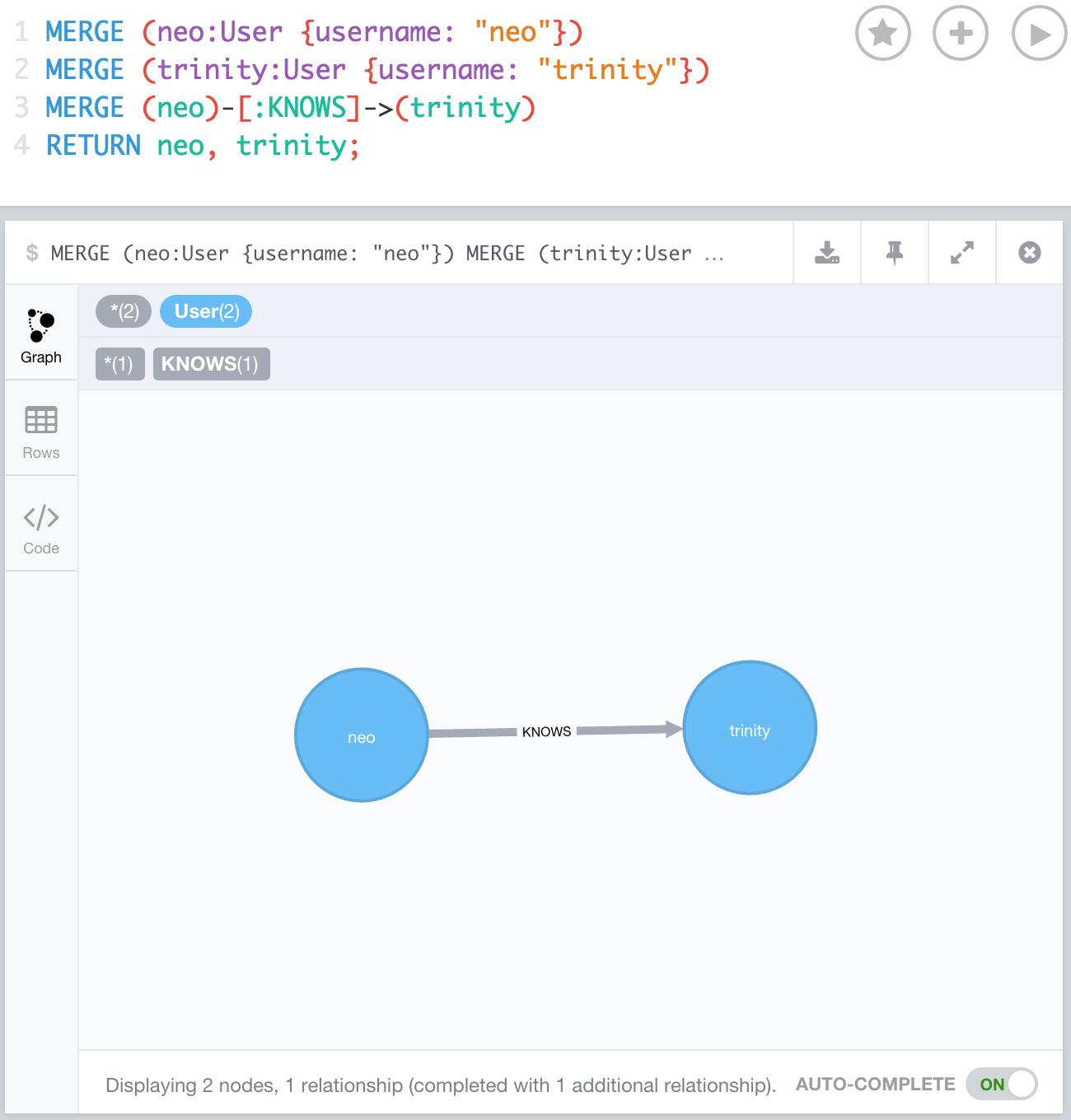 One of the areas in Open Native Graph Database (ONgDB) and Geequel that brings the most questions and discussion when I’m giving ONgDB trainings or working with other engineers building with ONgDB, is around how to use Geequel MERGE correctly and efficiently. The way I’ve explained this to all our engineers and all the training attendees follows.

There are a few simple things to understand about how ONgDB handles Geequel MERGE operations to avoid undesired or unexpected behavior when using it.

The answer is no; they’re not equivalent. Here’s why they’re not:
In Statement 1 ONgDB will find that the entire pattern doesn’t MATCH because -[:KNOWS]->(trinity:User {username: “trinity”}) doesn’t exist in the graph.
This will cause ONgDB to attempt to create the entire pattern, which includes the already existing User node with a uniquely constrained username field causing an exception about violating the unique constraint.

Knowing what know now that we looked the examples above, here are some best practices for you most common, simple MERGE operations:

In scenarios where node existence in the graph is optional, the best general strategy for MERGE operations is to always MERGE on the uniquely constrained identifier for each node involved in the total pattern in isolation and then MERGE the relationships using the node references already established.

In scenarios where node existence in the graph is required, the best general strategy for Geequel MERGE operations is to always MATCH the nodes that are expected to exist and MERGE only the relationship using the node references established by the MATCH operation.

There are more advanced MERGE patterns and strategies, but if you’re just starting out using Geequel MERGE in this way will help you consistently get the desired result. The GraphGrid Connected Data Platform supports Geequel for many of its modules and provides a downloadable package you can use for free to ty out these MERGE operations.