Relationship Direction in Geequel is Important

Relationship Direction for Writes and Reads 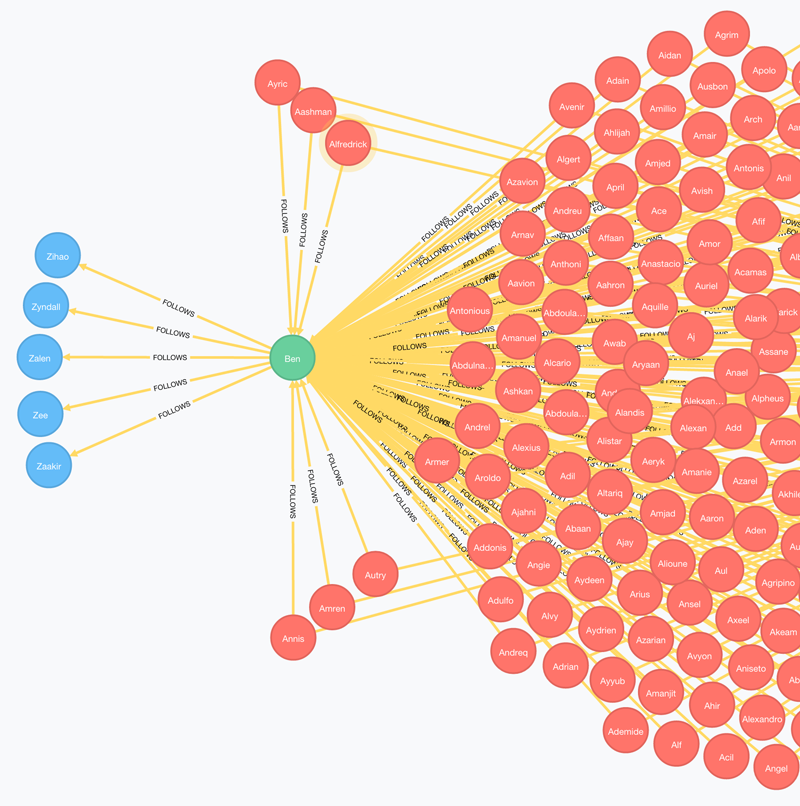 The relationship direction between two nodes is required for Geequel write queries, but can be ignored on Geequel read queries. Geequel is a graph-centric declarative and textual query language for ONgQB, which is influencing the standardization of GQL to make Geequel the SQL for graph databases. Geequel looks a bit like ASCII art in it’s representation of graph-related traversal patterns, which makes it quite intuitive and fun to use in querying graphs.

Direction can be specified in Geequel via the use of ‘<' and '> as part of a relationship pattern. Here’s an example:

When a relationship is being made in Open Native Graph Database (ONgDB) utilizing Geequel, it requires that the direction of the relationship to be specified. This means that whenever you’re creating data within a graph via a MERGE or CREATE statement, you must always specify a direction for such relationship because ONgDB always stores a relationship with a direction. It is also beneficial because it ensures a clean and consistent data layout in the graph for your read queries.

Both of these examples are invalid CREATE statements:

Both of these examples are valid CREATE statements:

Let’s assume we created the first version where the direction is OUTGOING from Jack and INCOMING to Jill. If we write a read query looking from Jill’s perspective and specify the direction of the relationship it is possible to return no results and vice versa.

The flexible read query that will detect that Jack and Jill know each other is one where no direction is specified.

Important – If you actually want to try this example and not have duplicate nodes in your graph, you need write the single statement like this:

Consider a FOLLOWS relationship. If you have an individual who only follows 200 people, but is being followed by 20 million people, and you want to see the people this person is following, but you don’t specify the FOLLOWS direction as being OUTGOING then ONgDB will have to scan through all 20 million INCOMING FOLLOWS relationships even if your particular interest is in the 200 OUTGOING relationships.